Nigerian woman arrested and charged with welfare fraud in US 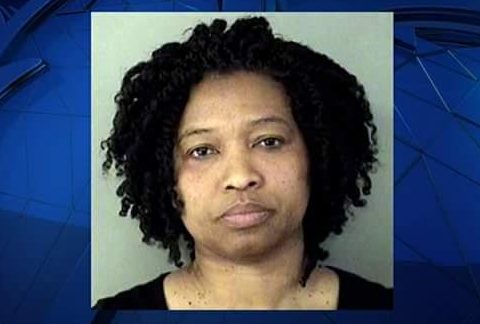 A 41-year-old Nigerian mother of four was arrested this week in Arlington, USA and charged with four counts of welfare fraud for collecting over $100,000 in benefits – all while her husband was a high-earning attorney in D.C., police say.
Police say a six-month investigation into Helen Agbapuruonwu, found that she had collected benefits like food stamps and Medicaid assistance for the past six years.
While Helen was collecting benefits, her husband, Fidelis Agbapuruonwu, was earning $1.5 million per year as a lawyer, according to court documents obtained by NBC News4.

In 2001, Fidelis received the prestigious Paul and Daisy Soros Fellowship which helped pay his way through law school.
Fidelis’ LinkedIn page claims he works for the D.C. firm of Mayer Brown, but today the firm said he no longer works there. Court officials believe Fidelis, a Nigerian immigrant, has “fled the country and is somewhere in Africa.”
The director of the pre-school the Agbapuruonwu’s children once attended said she is shocked by the allegations against family.
“I have to believe it’s not true,” she said.
Helen Agbapuruonwu’s defense lawyer declined to comment.
Police say they hope this case is a deterrent to anyone who thinks about trying to cheat the system.
“We hope it sends a message that if you are taking public assistance it’s truly intended for those in need, and we’re committed to ensuring those who need the most help receive it,” said Arlington County Police spokeswoman Ashley Savage.
Source: NBC News 4
familylifesingles