Influence and growing up with your grandparents

Lady specially appreciates grandma for moulding her into a woman

At sometime in the life of a child, situations may arise when the child may need to live, raised or brought up by the grandparents. It could be due to school, loss of a parent or other unforeseen circumstance.

Being a grandparent is a big job, but grandparents have a lot of experience. They raised and cared for your parent when he or she was a kid! And grandparents have been the heads of households since the beginning of time. In many cultures — Africans, Native American and Chinese, for instance — grandparents are looked up to as a source of wisdom.

Its always good for kids to appreciate their parents and grand parents at every point in time. 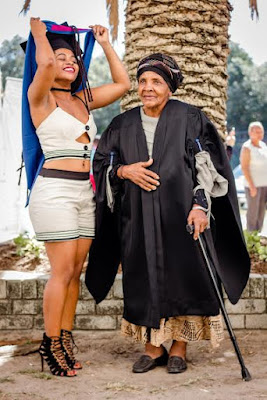 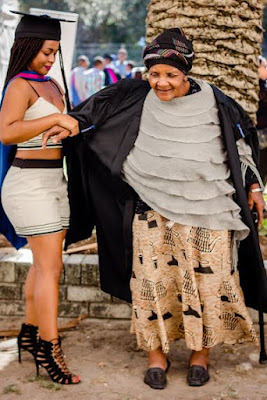 According to the South African lady, (@Zaarnaa), her grandmother moulded her into the woman she has become today. Hence, during her graduation in April 2017, she dressed the elderly woman in her own graduation gown and wrote;

When I win, she wins.

I graduate, she graduates.
My R10 is also hers. 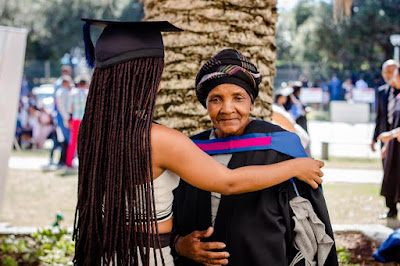 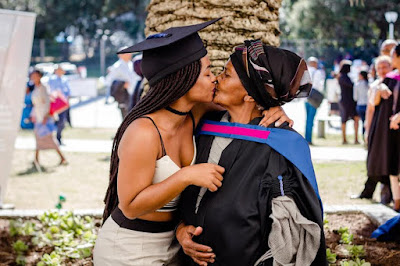