Does beauty make it difficult to find true love? 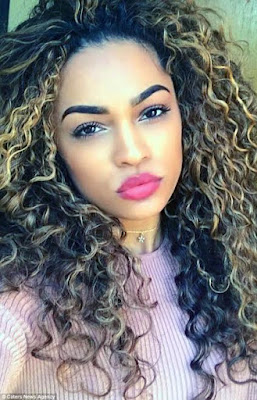 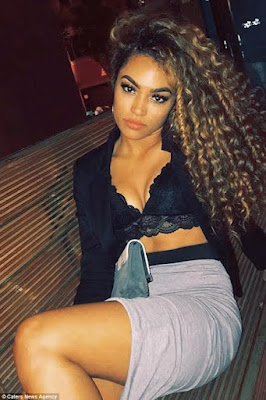 Everyone hopes to be more beautiful than they are but there is one woman who doesn’t feel that a beautiful face is a blessing. 26-year-old Cherelle Neille from Manchester is claiming that she is unable to find a boyfriend because of how beautiful she looks.

According to the former model, her beautiful face is a curse because it only attracts men who see her as a trophy and only want her to show off to their friends and take lovely photos.

She went on to say that her looks can make men intimidated by her, with most assuming she doesn’t have a nice personality. 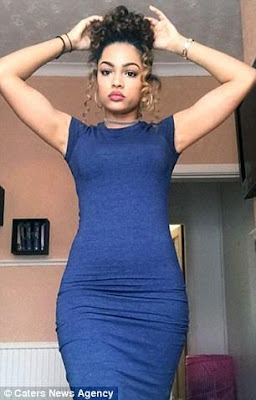 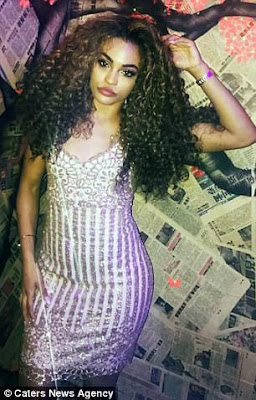 The single mother has now given up on love because, according to her, she is sick of men objectifying her. She said her only wish is for men to like her for who she is within and her character, not just because of her external appearance.

“I feel as though plain Janes have it easier because men will actually get to know their personality as their looks are merely average,” she said.

“Whereas for me, it’s always the wrong attention, they never want to know me as a person. Plain girls end up with the long lasting relationships and I’m the one kissing all the frogs. I am sick of people assuming I am nasty when I am really a lovely person. My looks attract the wrong guys and it has been really hard, now I am completely over men. They continually think just because I’m good looking, I am going to be rude or stuck up. They say to me ‘oh you think you are too good-looking don’t you?’ – which is ridiculous.”

“Whenever I am on a date, they only care about what I look like, they never even listen to what I am saying. My last boyfriend just paraded me around to his friends and only cared about having his photo taken with me. No man I’ve met so far is ever actually interested in having a conversation with me.”

Cherelle, who has more than 23,000 followers on Instagram, also claims that being attractive has also affected her friendships negatively.

“Girls are jealous too, I only really have one friend. There was this one time I was clubbing with my friend and when we were in the bathroom, loads of girls I didn’t know were complimenting me, my hair and my looks. Then suddenly my friend walked out and left the club, and she hasn’t talked to me since!”

If I see a pretty girl I will definitely tell them every time what I love about them, it’s nice to be nice. I just don’t associate myself with many girls as friends anymore. I find a lot of girls are insecure and don’t know how to compliment each other, other than the drunk strangers in bathrooms. On my Instagram I receive countless spiteful messages. One girl messaged me saying ‘you think you’re so pretty but you’re not, go kill yourself.’ Another guy recently messaged me saying ‘you think you are too good for everyone.’ I just wish people didn’t judge a book by its cover, because I am not like that.”

Cherelle said she doesn’t want to be less pretty but she just wants men to take the time to know her for herself and listen to her, not just compliment her looks. She is funny and loves to laugh and she hopes men will see that too.