86
Views
Have you seen or heard of  any polygamist marriages or homes that are successful in terms of peace, love and  happiness, equality?
There is a popular saying that One man, many wives, many problems company to One man, One wife, fewer problems.
Polygamy is a profoundly hazardous social policy. It could create a permanent subclass of young men prone to vice and violence.
About 78% of human societies are polygynous, in which some men marry more than one wife. Only 22% of societies are strictly monogamous.
Polygamy is very common in African countries  including South Africa and Nigeria. However there is hardly a good story to tell most times except their a few exception…….
Musa Mseleku, who’s a businessman from Port Shepstone in KwaZulu-Natal, says he is happily married to four wives and wants other young men to join him in the polygamy club.
The 43-year-old and his wives Busisiwe MaCele, Nokukhanya MaYeni, Thobile Mseleku, Mbali MaNgwabe and their 10 children are currently being featured in a reality show called ‘Uthando Nes’thembu’, which means ‘Love and Polygamy’.
The reality show gives Musa and beautiful wives the platform to showcase how being in a polygamy union has been working for them so far. 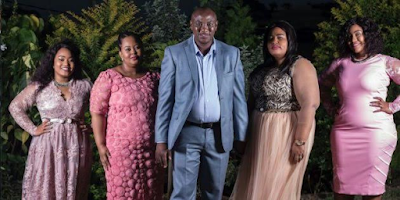 Speaking to Daily Sun, he said his four wives are happy to be married to him.
He said although some people have criticised him, he wanted to change people’s perceptions of polygamy.

“I want to show men that you can be in a polygamous relationship and also be considerate.

“My wives impose restrictions on me. I have to be home an hour earlier than them so I can prepare to spend time with all of them,” he said. 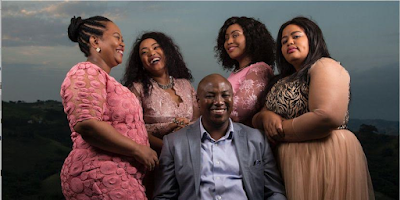 One of his wives, Thobile said:

“I knew what I was getting into and didn’t have a problem with it. I also come from a polygamous family.” 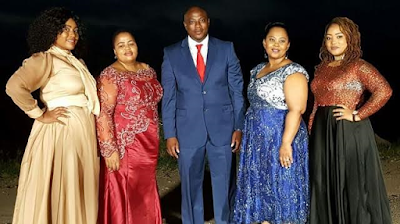 She said the other wives are like sisters to her and they all rely on each other for advice and help.
familylife